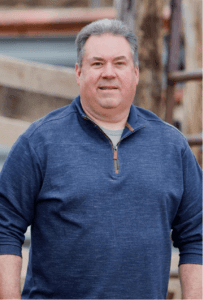 Kenneth H. Brendel, born December 20, 1967, to Joseph Brendel Jr. and Penny Lankey in Ann Arbor, Michigan, suddenly passed away February 21, 2022, in Flagstaff, Arizona. A beloved husband, father, brother, son, uncle, friend, coach, and legal mentor was taken too soon.
Ken spent his childhood in Mesa, Arizona and Caseville, Michigan. Growing up on Lake Huron, he developed a love for the water, fishing, hockey, and light houses. He was very active with sports and excelled in academics throughout his youth.

He graduated from Corona Del Sol High School in 1985 and later attended Arizona State University where he graduated with a Bachelor of Science in Agribusiness in 1994. He met Sherri in September of 1992 at his ASU football season kick off party, six months later they were engaged and later married on July 23, 1993. After his acceptance to law school, Sherri and he moved to Sacramento, California with his sister, Amanda, and her son, Kaine. He then pursued an education in law and obtained a J.D. from McGeorge School of Law in Sacramento. After graduation, he moved to Flagstaff, Arizona with his wife, Sherri, and took a position as Assistant Attorney General from November 1998 to January 2000 and then pursued a career at Mangum, Wall, Stoops, & Warden P.L.L.C., in January 2000. He started as an associate attorney, became a partner in January of 2006 and later became Senior Partner in January 2014 with the firm. 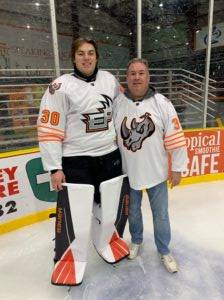 Ken and Sherri welcomed their daughter, Nicole, in April 2000 and later their son, Peyton, in February 2003. Ken was an extremely supportive and involved father. He always made sure that he was a part of all aspects of his children’s lives. He coached his children’s baseball teams for nine years and was team manager for his son’s hockey team, the Northstars, for several years. During his time as coach and team manager, he traveled the Southwest with his son’s baseball and hockey teams, where his love for sports continued to grow. Peyton eventually finished his baseball career and continued with hockey as a goalie. Ken always encouraged him to do his best on the ice which led to opportunities for Peyton to play for the Northern Cyclones in New Hampshire and the El Paso Rhinos in Texas. Ken never missed a hockey game, whether he watched Peyton on TV or in person. He was Peyton’s #1 fan on and off the ice.

Ken supported his daughter’s love for the rodeo and agriculture industry. He helped her raise numerous livestock projects throughout her 4-H career and hauled her and her horse, Sugar, to many barrel races and rodeos. He always made sure her animals were taken care of by providing and building the best pens and sneaking them an occasional treat while he was out watering his trees. Despite what he would say about the animals, he had a soft spot for each and every one of them! Ken encouraged Nicole to do well in her academics, he always helped her proof read essays and helped with her math homework. He was proud of her admission to Northern Arizona University with the Lumberjack Scholarship. She will be graduating in May 2022 with a degree in Business Marketing and Spanish.

In his free time, he loved to care for his two acres in Doney Park. He enjoyed helping Sherri with her garden and greenhouse. Watering his numerous trees and shrubs seemed to be his stress relief. Finding the best ways to catch prarie dogs and compare stories with his neighbors was a highlight of every spring and summer. He took pride in mowing his yard with his lawnmower that had a sunroof- something that made the neighbors envious.

He is survived by his wife, Sherri, and his two children, Nicole and Peyton. His father, Joseph Brendel Jr., stepmom, Debra Brendel, stepdad, Rob Reed, sister, Amanda Brendel, half-sisters, Angela Harrelson and Jaimie Gower, and half-brothers, Corey Reed and Andrew Reed. He is preceded in death by his mother, Penny Reed.

In lieu of flowers, the family is asking that donations be directed to the St. Baldrick’s Foundation, a fundraiser held by son Peyton’s hockey team, the El Paso Rhinos through March 4, 2022.

Condolences may be shared with the family at www.norvelowensmortuary.com

To get directions to this location, click "Directions" or "View larger map" on the map below (Google Maps will open in a new window).