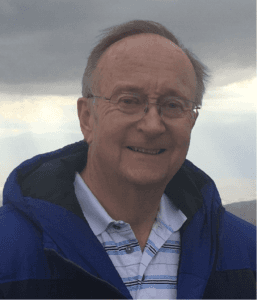 If life was measured in acts of faith, hope, and love, Dean Pickett’s time on this earth would reflect far more than 71 years.

Following a traumatic brain injury sustained in a tragic accident, Dean Pickett died peacefully on October 13, 2020 at Swedish Memorial Hospital with his family by his side. His death brings to close a life defined by Christ-like service and love.

While his life was full of many accomplishments, his greatest source of pride and joy was his family. He met the love of his life, Cindy (Wayne) Pickett during college. They married in 1971 and spent the next 49 years loving one another, their family, and their community. Dean was an incredibly supportive husband to Cindy and treated her like a queen. They have two children, Amy who serves as a clinical therapist, and Greg who is a pastor. Given Dean’s example of servant-leadership, it’s no surprise that his children both went into helping professions. He delighted in his grandchildren and passed along his legacy of love and caring to them as well.

Dean was born on June 25, 1949 in Casper, Wyoming, to Foy and Esther (Nieman) Pickett. He graduated from Prescott High School in 1967, from Northern Arizona University in 1971, and from Law School at the University of Arizona in 1974. He was commissioned as an officer in the United States Navy JAG Corps. He served at the Bremerton Naval Shipyard before moving back to Arizona to enter private practice. He became an expert in educational law and served many school districts, community colleges, and Northern Arizona University. He served with kindheartedness and integrity for decades, eventually retiring as a senior partner in Mangum, Wall, Stoops and Warden.

Dean took his keen mind and love for his community and served on many boards including the Museum of Northern Arizona, Kiwanis, Flagstaff Forty and many others. He served as the Chairman of the Council of School Attorneys of the National School Board Association. Dean was a sought after speaker for school boards and at national conferences where he would share best practices in education law with his trademark wisdom and grace.

Dean enjoyed traveling with Cindy throughout their marriage. They had a Volkswagen camper van for the first 43 years of their marriage and upgraded to an RV just a few years ago. They found great joy in camping and were trying to visit all of the National Parks and Presidential Libraries. Dean loved being out in God’s creation and loved God’s creatures, especially dogs, a love passed down from his mom. Dean tirelessly offered unconditional love and support to his children throughout their lives. He also enjoyed playing with and teaching his grandchildren and supporting them in all of their activities.

Dean’s motto was, “Always strive to make the world a better place than you found it.” Through his countless acts of faith, hope, and love, he lived that motto each day of his life and the world is truly a better place for it.

A private family memorial service will be held this week. The family intends to hold a Celebration of Life service at a later date due to COVID-19. Memorial gifts in his honor may be given to one of three causes he was very passionate about:

Dean was preceded in death by his parents, Foy and Esther Pickett, and his sister Val.

To get directions to this location, click "Directions" or "View larger map" on the map below (Google Maps will open in a new window).